What It Was Like to Be David Powlison's Friend

Paul wrote these reflections at the request of The Gospel Coalition on the occasion of David Powlison's death on June 7, 2019. We share them here as a window into a friendship that has had a shaping influence on both Paul and seeJesus.

I can still remember the first time I saw David love someone in the hallway at New Life Presbyterian Church in Glenside, Pennsylvania, almost 30 years ago. It was between services, and I walked past David as he was talking with a woman. As elders, we both knew this woman had significant mental illness, and yet he was attentive to her, dialoguing with her as an equal. I didn’t hear a single word he said, but I could tell by his posture, the way he leaned in and listened, that he was valuing her as a person. My “yet he was attentive” summarizes how much I needed to learn about love. Without realizing it, I’d put her in a box called “mental illness” and de-humanized her. That single theme, “rediscovering the person,” sums up David’s life.

It was about that time that I reached out to David for support and wisdom with some difficult relational issues I was facing—I became that needy woman. Now David was leaning into my world, attentive to me. Over time, a close friendship blossomed. Last month, knowing God was taking David home, I re-read C. S. Lewis on Friendship in The Four Loves. Lewis reflects that Lovers face one another while Friends face a common project. So what did we look at together?

We had many things in common—we both grew up out West surrounded by natural beauty, David in Hawaii and I in northern California, with families that cultivated a love for beauty. Several months ago, David and I wondered if that experience tuned us into beauty. In one of our last long breakfasts together, we reflected on Plato’s triad of truth, goodness, and beauty and how strong the church is at truth, but weak at cultivating a vision of goodness and beauty. Bob Kramer, David’s close friend who led him to Christ, told me last week that David was initially apprehensive about coming into Christianity because he didn’t want to ruin its beauty!

We loved the Word. Almost every meal we’d talk about some portion of the Word. Nothing organized, just “What are you reading?” We especially loved the Psalms, but we’d bounce all over the place. The person of Jesus in the Gospels, especially John and Luke, was a frequent topic of conversation. We sensed that the church was weakened by not systematically studying the person of Jesus and how he loves. In the last couple of years, we particularly reflected on how Jesus uses space in relationships: He draws people out, asks questions, or is just silent, thus creating space for people to emerge. A year ago, David said, “We’ve been completing one another’s thoughts on the person of Jesus for many years. Let’s write a book together on the person of Jesus.”

We loved the fine wine of Lewis, G. K. Chesterton, Robert Alter, Erich Auerbach, and so on, especially as they made some part of the Word come alive. I remember one meal where we just chewed on Chesterton’s insight from Orthodoxy how life has a fairytale structure. That is, one “small” mistake and evil is unleashed. Pandora opens the box, and out comes evil. Adam and Eve eat the forbidden fruit, and all creation becomes twisted.

We both loved well-written historical biography, often sharing books and favorite passages together. We loved to laugh. I often entertained David with stories of my wife, Jill, a feisty Philadelphian and reincarnation of Lucille Ball. David is one of the few people I know who could correctly pronounce vitameatavegamin from Lucy’s famous commercial where she gets drunk on alcohol-based vitamins!

But we didn’t just look at an outside world—we looked at one another. In fact, we bonded over caring for one another in suffering. I don’t know what I would have done without David’s help through some dark times. In time that became mutual. After open heart surgery, David called me from his hospital bed overcome by depression. I could immediately hear it in his voice. I knew my words couldn’t touch him, so over the phone I read through all the Psalms of Ascent (120–134). His spirits lifted as I read.

We frequently shared our hearts and weaknesses with one another. It is sheer delight to open up your deepest heart aches and besetting sins to a good friend and have them love you as you are, counsel you, and pray for you. Lewis writes, “Eros will have naked bodies; Friendship naked personalities.” We’d share some particular struggle and say, “What do you think?” About 10 years ago, we started praying together, sometimes over the phone, sometimes in the car after lunch. Not complicated or long, just the things on our hearts that we’d talked about.

Is there an art to friendship? I think so. David and I gave one another space, neither of us talked too long, sucking the air out of the relationship. Lewis reflects, “For Friendship is utterly free from Affection’s need to be needed.” We were quick to listen to the other, although David is a remarkable listener. I learned to listen. David lived it.

Our times together rarely had any structure. They were completely open. Lewis describes his time with close friends as those “golden sessions . . . when the whole world, and something beyond the world, opens itself to our minds as we talk . . . Life—natural life—has no better gift to give.” Nor were we structured as to when we met. Maybe every six weeks for a two-hour lunch. David was too much of a free spirit to have a regular schedule.

Lewis perceptively calls friendship the “least natural of loves.” That is, it doesn’t happen naturally, especially with men. In the early ’90s I realized that I didn’t have any deep male friendships, and I was poorer for it. I had what Lewis calls “Companions,” men I loved to laugh with, who I enjoyed being with, but not Friends. I’d seen mature Christian men flounder as they aged partly because they hadn’t cultivated strong male friends who could speak honestly into their lives. So I prayed for and then quietly pursued a friendship with David.

Lewis reflected, “To the Ancients, Friendship seemed the happiest and most fully human of all loves . . . the modern world ignores it.” As Christians, we have some remarkable tools for deep friendship, and yet, I think it is quite weak among men, especially Christian leaders. I look back now on our friendship as a precious jewel, one of the best gifts God has given me—both of us.

This article was originally written for The Gospel Coalition. 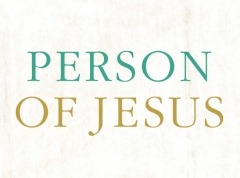