On July 15, 2014, we released the first unit of the Bethesda series, a version of the Person of Jesus study adapted for use with young adults affected by disability. We sat down with Jill Miller, Adaptive Curriculum Writer and author of the new study, to learn more about the project.

When did you first start thinking about creating a version of the Person of Jesus study for people affected by disability?

I started about 4 years ago. I’d taught special ed and then kindergarten for a number of years, and when the first September arrived that I didn’t have that, I asked God, “Now what?” I’d been teaching Kim’s Sunday school class for several years and had found there just wasn’t much real ‘meat’ in the curriculum out there, so I thought I’d try adapting the Person of Jesus study and see how that went.

Your statement about the absence of “real meat” reminds me that I’ve heard Paul describe people affected by disability as one of the greatest “unreached people groups” out there. Is that true in your experience?

There really aren’t specific numbers, but it is a large group of people, and their families are in need of support as well. I believe there’s always an ability to learn because we are all created in the image of God. The challenge – and it can be a big one – is to find how people learn and where they can excel. But we all, people with disabilities as well as the rest of us, can continue to learn! I love Psalm 119:130, “As your words are taught, they give light; even the simple can understand them.”

Can you remember any specific moments from that class where you could tell the students were really “getting it”?

There have been so many places where I’ve just seen God give me an idea and the students love it. For example, in a lesson titled, “Jesus forgives the woman and me too,” God gave me the idea of coins representing our sins. We would come into class and tell each other how many ‘coins’ we collected during the week. Toward the end of the study, we put a pile of coins in a cup and then I filled it with red-dyed water, representing the blood of Jesus. We saw how the ‘blood of Christ’ literally washed the coins away by filling the cup to overflowing and seeing the coins float out. After that class, we went to the church service. As they were serving communion, Kim typed in her speech computer, “This is the blood that took away my coins.”

Another time, we were doing the story of the widow of Nain, and one girl’s mother had just died. We talked about how Jesus sees us and watches us. And then two months later, another girl’s grandmother died. This girl was limited in her ability to express herself, but she was able to share with us that she knew that Jesus was there and watching. The truth is that they get it as much as I get it… and in some ways, they get it more.

Can you elaborate on that?

I think about Melissa, a girl in the class. Her love for Jesus is pure and strong. When I ask the kids questions about moments when they are afraid, it’s like she doesn’t even experience that because, as she says, “I know Jesus is always with me!”

Every week, I come out of the class fed, because Jesus is there. Jesus is present with the weak. We have post-college kids and other adults visiting – because they are fed by this group and their faith. One man, a lawyer, said to me the other Sunday, “This is the place to be in the whole building!”

What are your hopes for this new study?

I hope that it opens doors for other people to lead Sunday school classes and Bible studies…reaching into the church and out into the community. Wouldn’t it be so amazing if we could share Jesus with folks who haven’t heard of his glorious love for them ever before! “Now unto Him who is able!” A few years ago, Courtney [my daughter], gave me a Bible where she had cut out everything that had to do with disability. There was a huge amount missing from all four gospels. Could the church be missing out as it leaves out people and families affected by disability? How amazing it would be if God would use this study to help prepare the Bride! 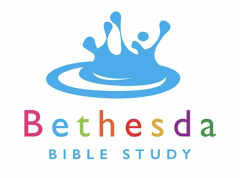 Bethesda Secrets of the Kingdom Bible Study | For Girls Only
November 7, 2022
Mondays at 6:00 pm ET for 6 weeks

Bethesda Secrets of the Kingdom Bible Study | For Guys and Girls Only
November 7, 2022
Mondays at 6:00 pm ET for 6 weeks 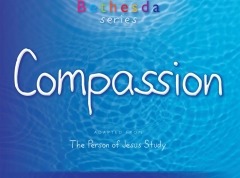 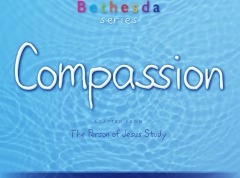 Unit 1, Compassion
The first study in the Bethesda series of resources for...